Presented three times a year in collaboration with a Broadway musical, this program brings students to the heart of Times Square for an unforgettable experience that only Inside Broadway can provide.

Inside Broadway’s Creating the Magic is a unique, fun and educational careers in theatre seminar program that brings New York City’s under-served public school students to a Broadway theatre to learn about the important behind the scenes elements of a Broadway musical. 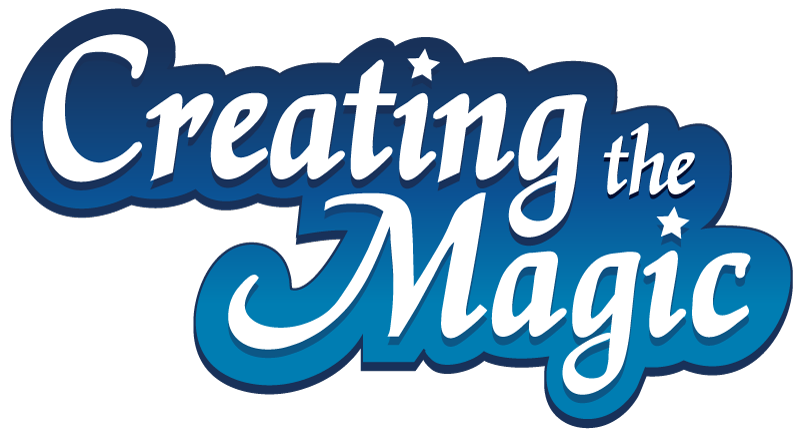 During this 75-minute presentation the actors and musicians perform musical selections from the show and the technical/special effects are demonstrated by each department’s head and the show’s production stage manager. Creating the Magic gives the hard workers who usually go unseen each night a chance to shine in the spotlight!

Creating the Magic is a free program for New York City’s public school students. For many of these students, this is their first time in a Broadway theater. It seeks to inspire children to use their creativity and realize that careers in the arts are viable, important, and fun. We also firmly believe that the program fosters and develops new audiences for the future. Schools that attend our Creating the Magic program are schools that participate in our programs.

Previous Creating The Magic seminars have been held with: Mamma Mia!, On the Town, Wicked, Billy Elliot The Musical, Annie, Motown, Nice Work If You Can Get It, Hairspray, Les Miserables, CATS. 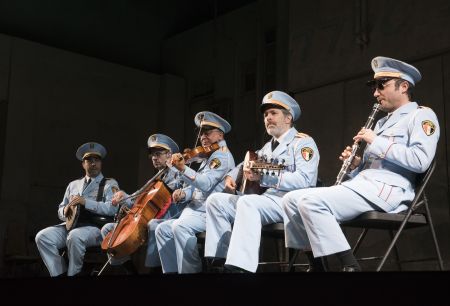 Winner of 10 Tony Awards, The Band's Visit tells the delighfully offbeat story, set in a town that's way off the beaten path, where a band of musicians arrive lost, out of the blue. The band brings the town to life in unexpected and tatlaizing way! For many of the students this was their first time hearing some of these instruments or style of music. 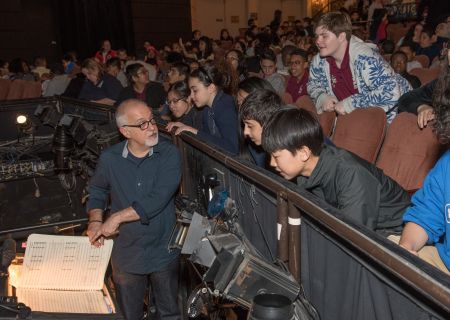 The Phantom Of The Opera

For Inside Broadway's 2nd Creating the Magic of 2017, The Phantom Of The Opera by Andrew Lloyd Weber did not disappoint! The magic of the set, pyrotechnics, make-up and song kept the school children's rapt attention. Musicians from the pit orchestra and the conductor took the stage to talk about what it's like to play on a Broadway show. There was no question why this has been Broadway's longest running show to date. 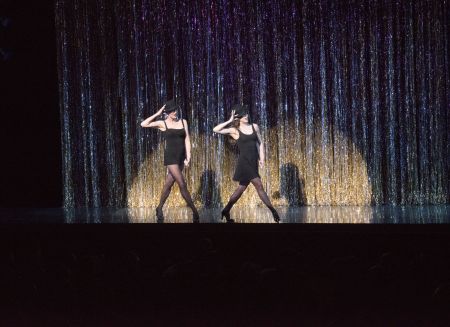 The 1st Creating the Magic of 2017 was Chicago! The school children were treated to a Fosse dance demo and then got to participate from their seats applying their own razzle-dazzle to the choreography taught onstage by the Dance Captain. The children certainly responded to the exciting theatricality of this long-running hit. 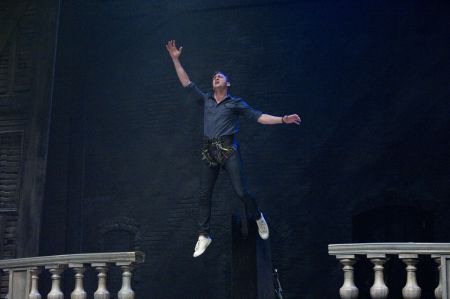 For our 3rd Creating the Magic of 2016, students were taken back to 19th-century France for the Musical Theatre adaptation of Victor Hugo's novel, Les Misérables. They were fortunate to see performances and behind-the-scenes demonstrations from this classic story before the show left Broadway in September 2016. 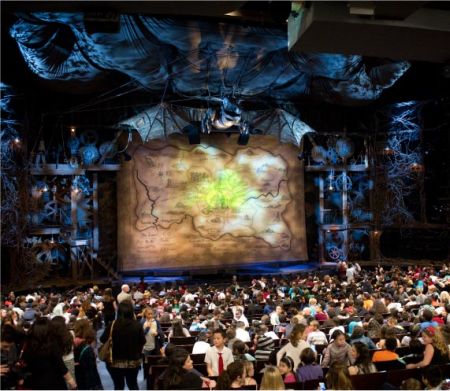 2015 transported 3,800 New York City school children over the rainbow to the Gershwin Theater. There they were enchanted by Inside Broadway’s 75 minute custom designed careers in theatre seminar. Revealing some of the secrets as the show as well seeing the actors’ performers some of the most iconic music in musical theater. 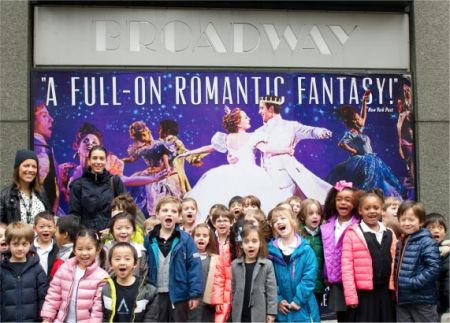 New York City’s public school students were delighted to attend our R&H’s Cinderella on Broadway. Broadway stars Rebecca Luker and Laura Osnes treated these students to songs from show while the professional crew revealed some of the magic it takes to present this show 8 times a week. 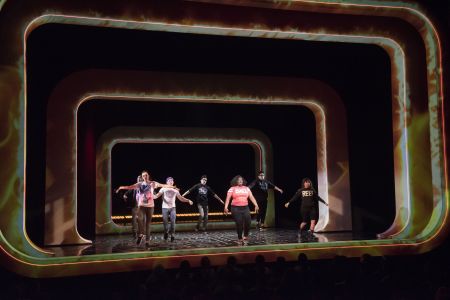 The premise of our second Creating the Magic in 2019 is about a socially awkward teenager achieves newfound populrity after ingesting a pill-sized supercomputer. Students got to see some high-tech special effects and hear a story about students trying to fit in - something that they can all most likely relate to! 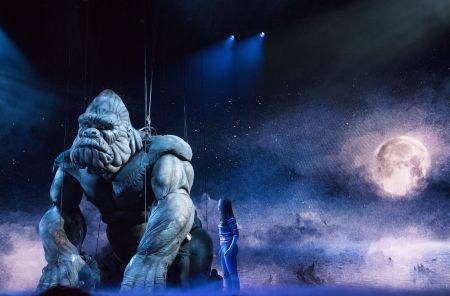 The thrill of the innovative mix of robotics, puppetry, music and stagecraft started off our 2019 season with King Kong!Our students were dazzled by the epic story of Ann Darrow, Carl Denham and Skull Island. They encountered the wonder of the 20-foot-tall, 2,000-pound King Kong and heard from the puppeteers and effects crew all that it took as a team to bring Kong to life. The spectacle thrilled and excited them all! 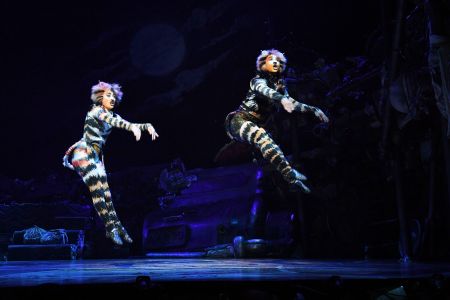 Students were thrilled to see the record-breaking musical spectacular by Andrew Lloyd Webber which is based on T.S. Eliot’s “Old Possum’s Book of Practical Cats” in December 2016. They were in awe of the wonderfully imaginative show featuring breathtaking music, beautiful dancers and singers and the original Tony-winning sets and costumes. 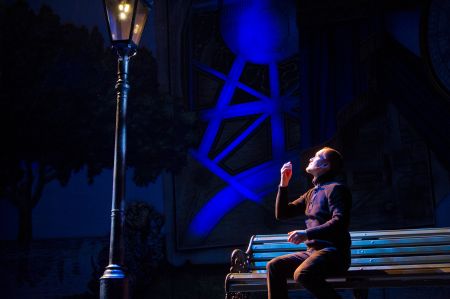 Our first Creating The Magic of our 2016 Season brought kids to Never Never Land via the spectacular cast and crew from Finding Neverland. Students from NYC's public schools were treated to the magic by performers and crew as they learned what it takes to mount this fabulous production eight times a week. 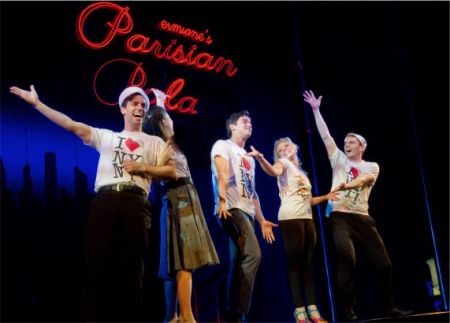 In 2015 over 2,500 children came to catch a backstage glimpse of Leonard Bernstein’s epic masterpiece. They were treated to performances by the cast as well as demonstrations of lighting, props, and other careers in theatre. 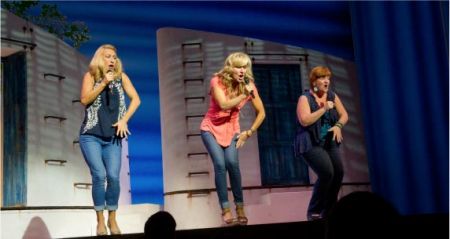 Our 3rd Creating The Magic of 2015, Mamma Mia introduced students to the music of legendary music of Abba and experienced set demonstrations from the professional crew members.